APP acknowledges links to controversial suppliers, but fails to release an auditor’s report (2019) 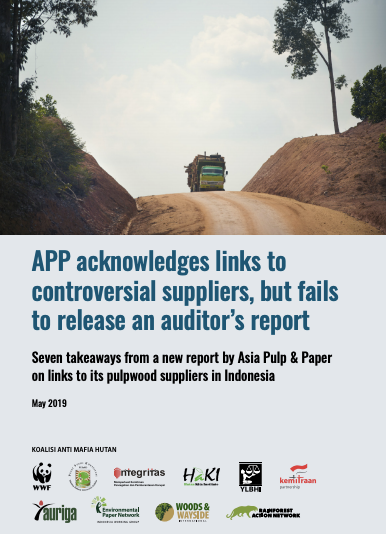 AURIGA -  1. The Executive Summary was prepared by APP/Sinar Mas and is not an independent auditor’s report.

Nine months ago, in May 2018, the Associated Press reported that the Forest Stewardship Council (FSC) sent an ultimatum to APP to “come clean” following evidence it has “has extensive behind-the-scenes ties and significant influence over wood suppliers linked to fires and deforestation.”1 At that time, APP promised to “engage a third party auditor to look into the shareholding of all forestry businesses in Indonesia to determine if any APP employees are involved in businesses that present a conflict of interest.