OKI Mill: Will APP default on its zero deforestation commitment? (2015) 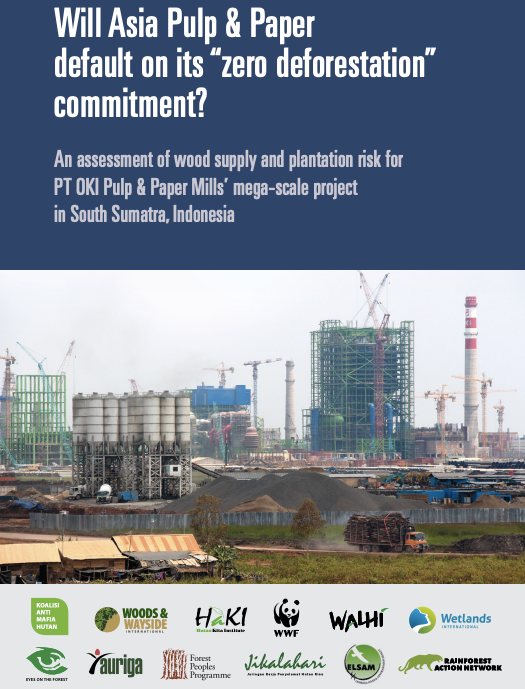 AURIGA -  On February 5, 2013, Asia Pulp & Paper (APP) announced “an end to the clearing of natural forest across its entire supply chain in Indonesia, with immediate effect.” The group’s “no deforestation” pledge and other sustainability commitments appeared to mark a sharp change from APP’s practices over the preceding three decades. Since developing two large pulp mills in Sumatra in the mid-1990s (its first pulp mill began operation in the 1980s though at a lower capacity), Indonesia’s leading pulp and paper producer and its affiliates had relied heavily on “mixed tropical hardwoods” (MTH) sourced from clearance of natural forests. APP and its parent conglomerate, the Sinar Mas Group, have been criticized for destroying forest ecosystems and habitat for critically endangered species such as the Sumatran tiger, displacing rural communities from customary lands, and contributing to global warming by developing high-carbon peatlands.